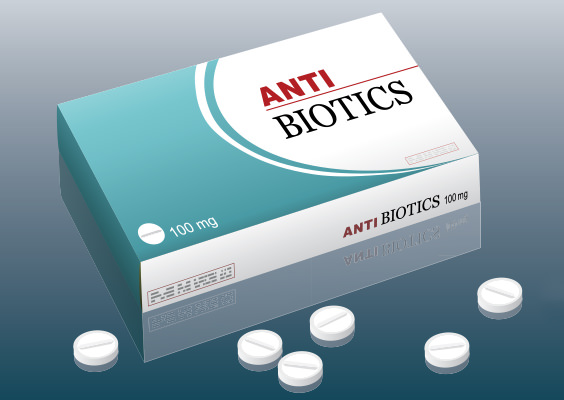 Science is just beginning to understand how important your mitochondria are to warding off the diseases of aging. And, as usual, mainstream medicine is lagging way behind.

Along with your telomeres, the cellular time keepers at the ends of your chromosomes, your mitochondria are another key component of the anti-aging equation.

You see, these tiny organelles in your cells are the power plants that turn fuel into energy for your body. Healthy mitochondria keep you young and energetic.

Research shows that damaged mitochondria can lead to:

I’ve been warning about the side effects of antibiotics for years. Yes, they’ve saved many lives. But rampant overuse of these drugs has left us with a slew of health problems.

Antibiotic Side Effects on The Gut

Antibiotics destroy the good bacteria that make up your gut’s flora. They impact digestion, the immune system, and the endocrine system. Now a study in the journal, Cell Reports, has raised the alarm about tetracyclines.2 These drugs are used for bacterial infections. They treat urinary tract infections, acne, malaria, Lyme disease, rheumatoid arthritis, gonorrhea and others.

What Researchers Found About Antibiotics?

But researchers found that taking these drugs for just a few days changes the way mitochondria work. The drugs actually slow down energy production in your cells.

And it’s not just tetracyclines. A study from Boston University found other antibiotics — including Cipro and ampicillin — cause your cells’ power plants to fail.3

These drugs also trigger a surge of free radicals inside cells that damage DNA. The mainstream medical community seemed shocked by these findings. But I wasn’t at all surprised.

You see, these little organelles evolved from ancient bacteria. At some point, cells swallowed up these primitive germs. Over time, they have become our cellular power plants.

So it makes common sense. Any drug that targets bacteria will also have an impact on these tiny microbes.

It’s a huge problem, given how widespread antibiotic use has become. In the U.S., roughly 40% of all adults and 70% of all children take at least one of these drugs a year.

But the problem isn’t just with the script your doctor writes. In 2011 alone, 5.6 million kilograms of tetracycline were fed to U.S. livestock. You’re exposed every day to those drugs when you eat meat from those animals. And as we get older the problem becomes worse. Children have mitochondria to spare. But as you age these little organelles decay, become weaker and die off. The key to staying young is keeping your mitochondria healthy and creating even MORE of them.

Here at the Sears Institute for Anti-Aging Medicine, I use a variety of therapies to reverse mitochondrial damage and increase the supply of these little power generators.

Here are three things you can do at home to boost your mitochondria:

Registration Deadline
We use information collected through cookies and similar technologies to improve your experience on our site, analyse how you use it and for marketing purposes.

We and our partners use information collected through cookies and similar technologies to improve your experience on our site, analyse how you use it and for marketing purposes. Because we respect your right to privacy, you can choose not to allow some types of cookies. However, blocking some types of cookies may impact your experience of the site and the services we are able to offer. In some cases, data obtained from cookies is shared with third parties for analytics or marketing reasons. You can exercise your right to opt-out of that sharing at any time by disabling cookies.
Privacy Policy
Allow all

Facebook Conversion API Events (CAPI) help us better understand how you interact with our websites. They allow us to measure the impact of our ads on the website's conversions and they improve ads targeting through custom audiences. When possible, we might share with Facebook information like name, email, phone, address.
Confirm my choices Allow all